Queen Alexandra Cottage Homes is a registered Charity (209208) and a member of the Almshouse Association. It was established in 1906 by the then Mayor of Eastbourne, Councillor Simmons.

He approached the local inhabitants for their generous support to, “enable a haven to be built for the aged and deserving poor of Eastbourne”. This support was generously given and with the kind donation of half the cost of the land from the Duke of Devonshire, the original building was opened completely free of debt to house 16 residents. Additionally, the Homes have a separate block of eight one-bedroom flats for women only in the centre of Eastbourne. Pauling House was bequeathed in 1964 by Mrs Gertrude Pauling and is located in Spencer Road.

In 2005 we were delighted that the Duchess of Devonshire agreed to become our Patron and our residents always enjoy her visits to the Homes.

Over the years benefactors have enabled the Charity to further develop the Homes allowing us to create the community we have today. We would like to make particular reference to the late Mrs Betty Hobson, a long-time supporter and friend of the Homes, whose kindness and generosity contributed towards the building of the Care Wing lounge extension in 2014.

The Homes has previously been the recipient of The Employer of the Year Award at the Eastbourne Business Award and in 2012 won the EAC National Housing for Older People Gold Award. 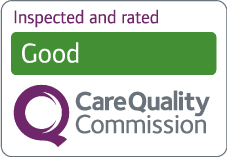